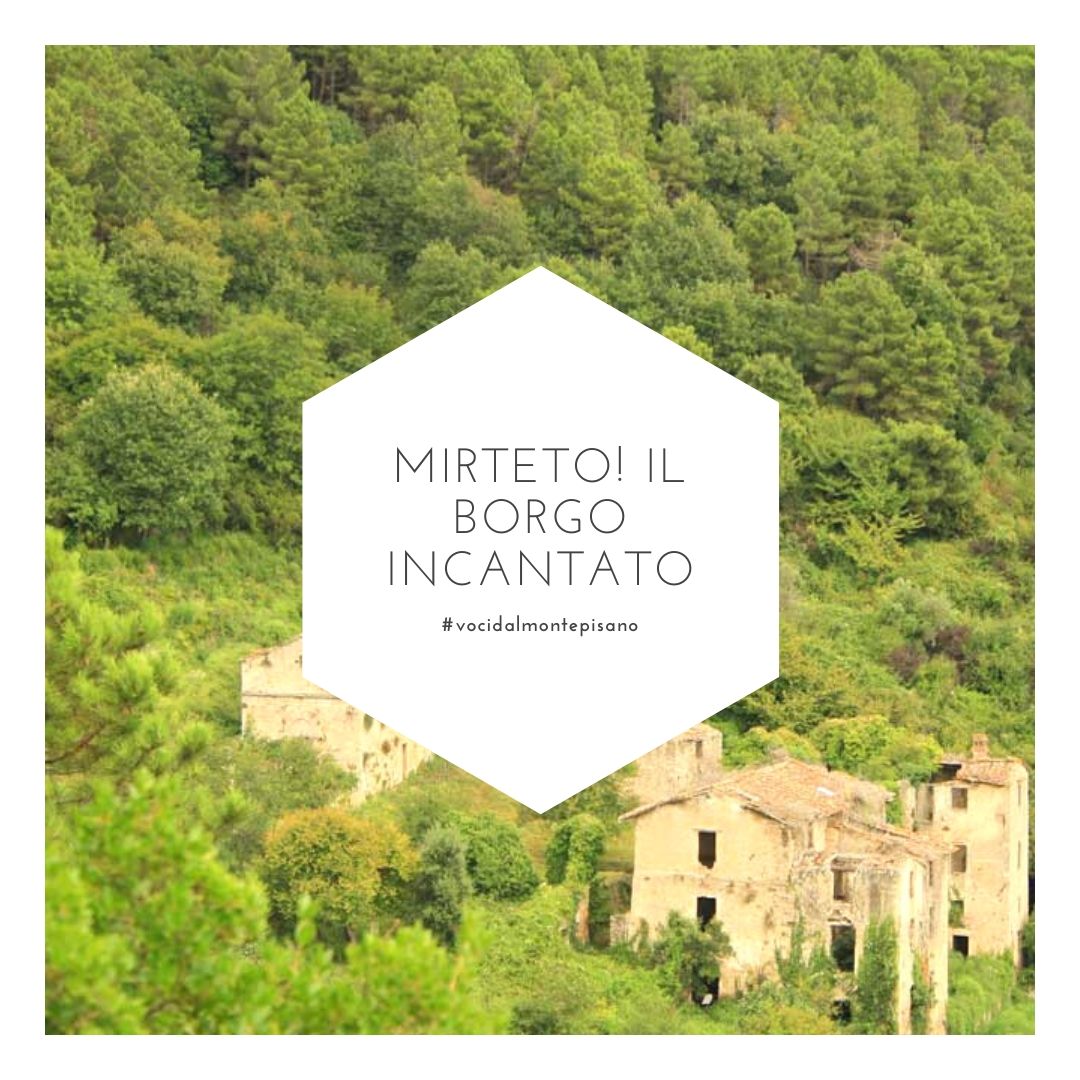 Asciano: one of the many small villages on the lower slopes of Monte Pisano.

It’s not very well-known but from here a cobblestone path, which winds through olive groves and woods, leads to Borgo Mirteto, one of the most suggestive and magical places of our territory.

It is an ancient abandoned monastery, which dates back to the 12th century, and preserves intact the layout of a religious hamlet, with the Romanesque church in the centre, which was used up to the 1800s as a private oratory.

I leave my car in the Square of the Lavandaie (washerwomen) and I buy a packed lunch from the local shop. From here I go up the path towards Valle delle Fonti, passing next to the Casa del Fontaniere, and reach the Cisternone in less than 20 minutes. I am immersed in a holly oak wood, with a stream to my left flanked by a picnic area with barbecue grills and  the Cisternone straight ahead.

This represents one of the many great works for the collection and canalization of the water from the valley (built by the Medici Family in the 17th century).  In this huge building the water was decanted and filtered before being directed to Pisa by means of the Medici aqueduct.

This building has been recently restored but has not yet opened to the public. So I climb up to one of the large windows to look down on the tank, which has been completely restored and now is covered by a glass covering through which you can see the antique hydraulic system. 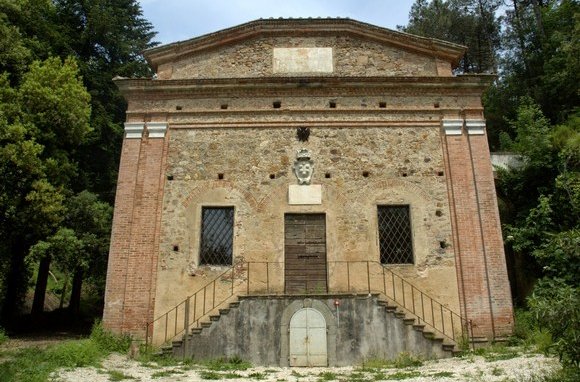 I turn away from the Cisternone and continue along the path, which after a few meters turns left and crosses over  a small bridge and starts to climb up the slope through olive trees and woods.

The slope is quite gentle and within half an hour I’m there: the Borgo suddenly appears, shrouded in silence and mystery. The church walls are still intact, but the inside is exposed due to the lack of the roof. It is surrounded by many buildings which were used as dwellings, mills and workhouses for the monks. I wander around the buildings and along the terraces, which used to be cultivated, and along which you can still see the water systems which were used to irrigate the orchards and vegetable gardens of this small community.

In addition there are woods, Mediterranean scrub and myrtle bushes, from which this place takes its name.

The weather is fantastic, the view stretches across the plain up to the sea, to the Port of Livorno and the Gorgona Island.

It’s time for a sandwich, and to enjoy the peace and woodland scents before going down to the town and civilization. 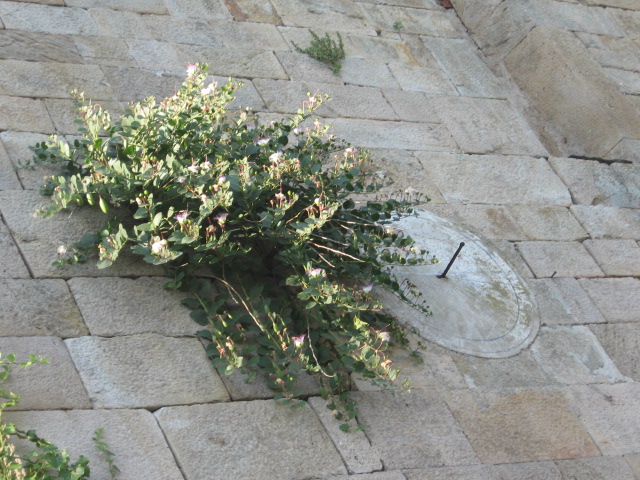 P.S. If you meet a wild boar along the path, don’t be afraid, it’s quite normal! 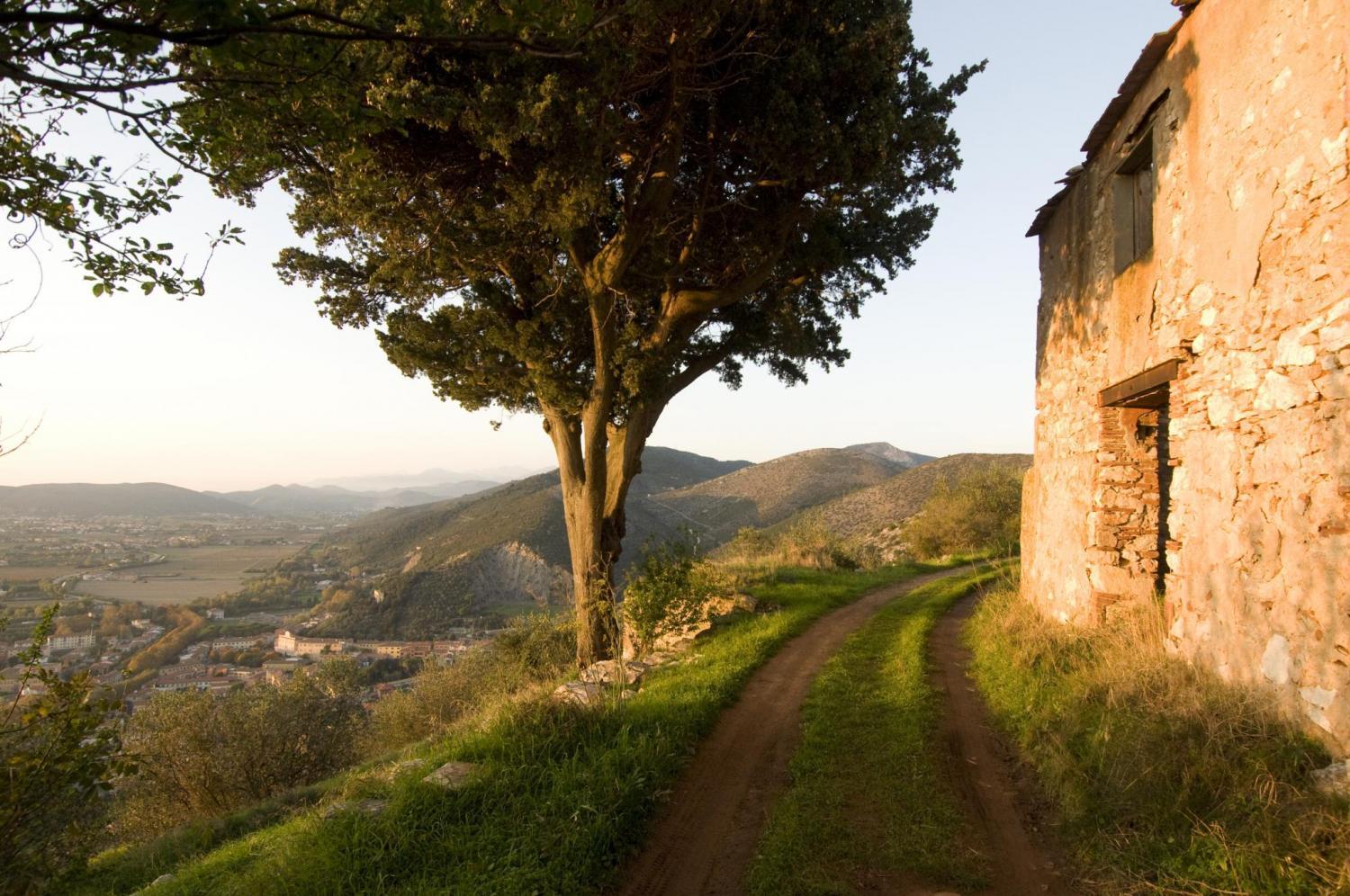 3 Walks with a View on Monte Pisano!