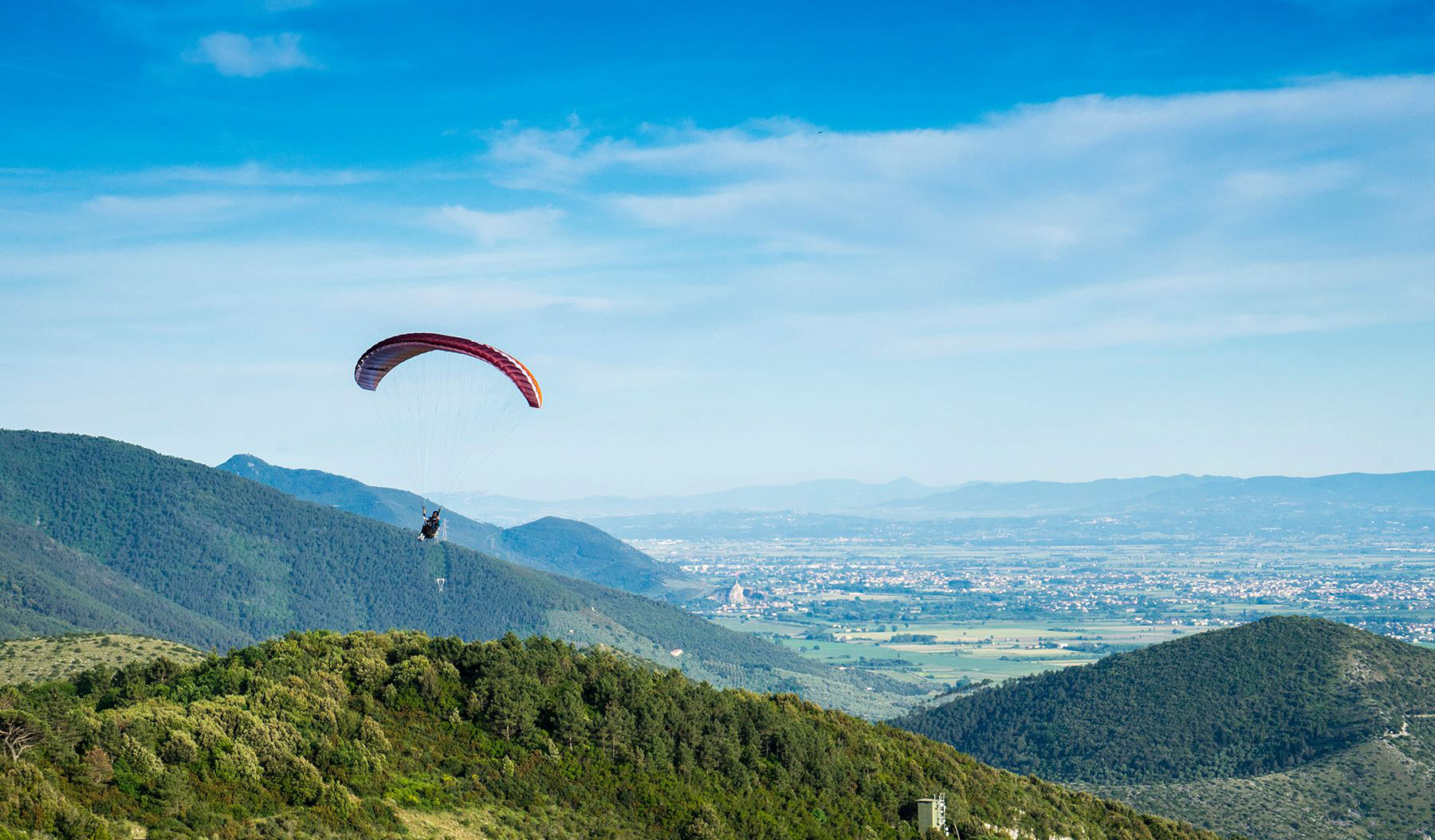 Flying over Monte Pisano in Tuscany

One of the best paragliding launch pads in Europe is located in San Giuliano Terme, one of the seven municipalities that make up Monte Pisano.

I had always wanted to try, intrigued by the sight of the paragliders above my head on the way to work or to visit my best friend, who lives on the hill from where they take off.

“Finally the day has come”

At noon, on a pleasant Sunday towards the end of summer I am waiting in the bar in the square in San Giuliano Terme. The instructor Walter, accompanied by another man, drives up in his Land Rover Defender with the baggage rack overflowing with sacks. I will soon find out that these contain the wings. We drive through the town and turn onto a steep road that leads to the launch pad.

Walter, the pilot who will fly tandem with me, is the silent type but quite cheerful: at the wheel he manages to convey calmness and tranquility while he explains that in less than ten minutes we will be leaping over the edge, to fly carried by the airstreams.

After nine hair-pin turns the jeep turns onto a track that leads to a small hill that juts out from the forest.

We unload the sacks and start to climb up the hill, reaching the top in less than five minutes. The views were pretty spectacular on the drive up, but from the top of this hill they are breathtaking, sweeping over Pisa to the sea and the islands.

While I am enjoying the view, a few paragliders take off, leaping off the slope when the wing is completely inflated by the right wind stream. 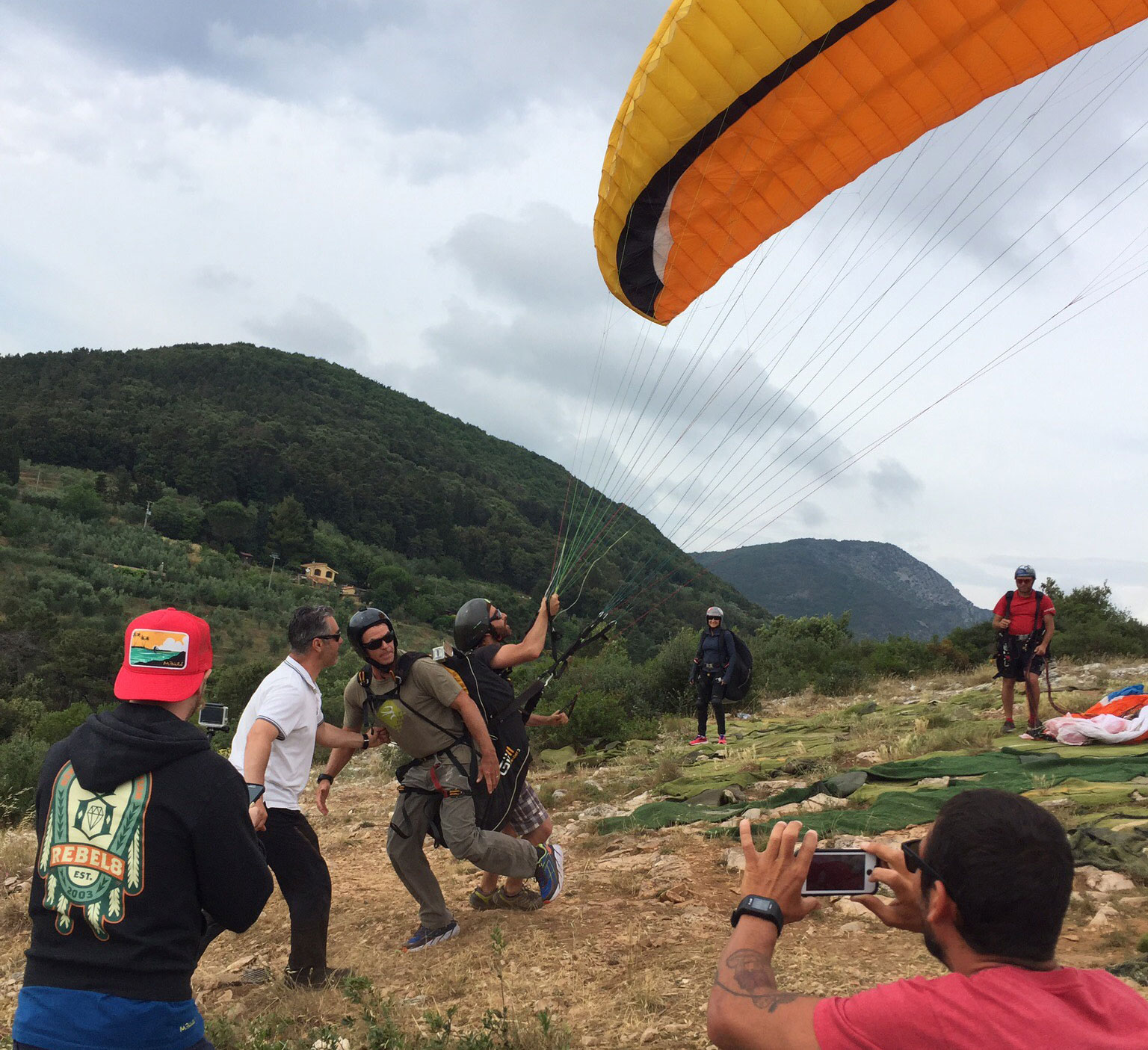 Walter buckles me into the harness and spreads out the wing. He explains that when the wing is inflated we must run together until we feel the tug upwards.

We position ourselves, the wing inflates and we start our short, but fast run that brings us close to the cliff edge.

I am amazed when I feel us rising upwards, expecting instead to jump into the void. We continue to rise, higher and higher, guided by Walter who manages to catch the best air streams to gain altitude.

It is wonderful feeling, to fly carried by the wind, surrounded by the other colourful wings.

The photos speak for the themselves and tell the rest of the story. 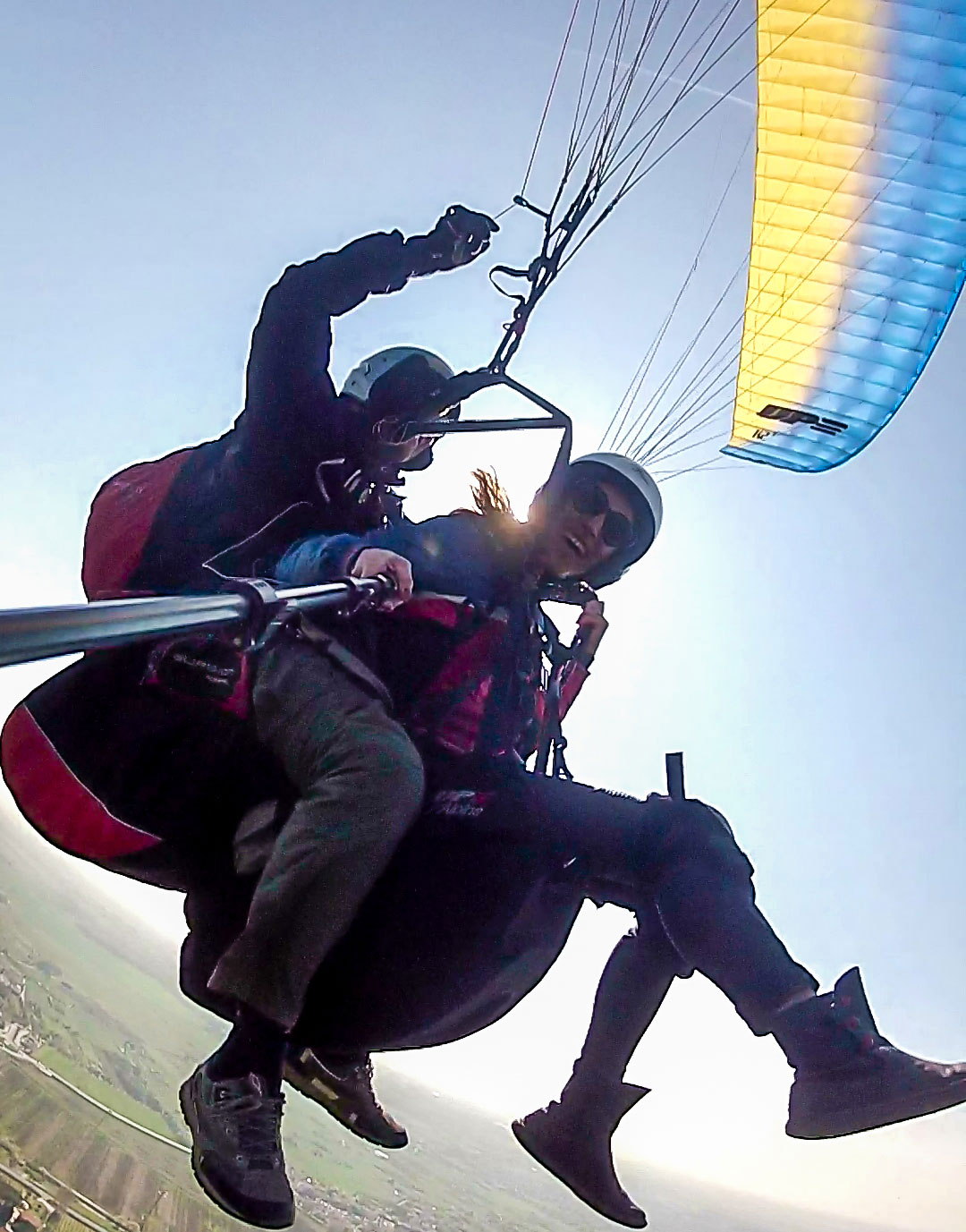 Would you like to try Paragliding in Tuscany?
Discover more e booking now!