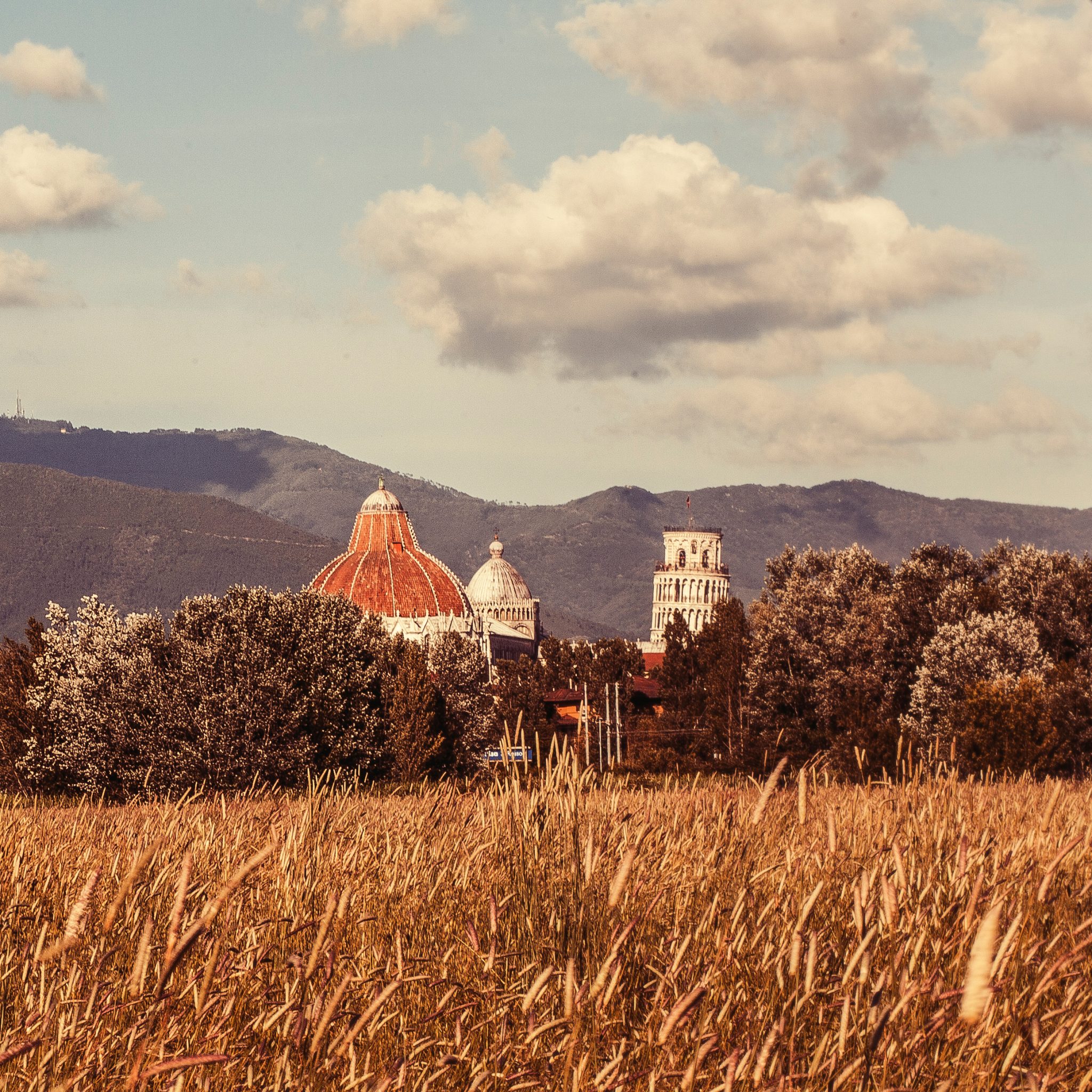 Pisa is much more than the renowned Leaning Tower and deserves a visit that lasts much longer than the unmissable pause at the beautiful Piazza dei Miracoli, a UNESCO heritage site.

An old Maritime Republic, Pisa developed over the centuries along the river Arno. The view of the Lungarni (riversides) and the buildings overlooking the river is always spectacular and ever changing. Byron, Shelley, Montesquieu, Leopardi, Carducci, D’Annunzio, Foscolo, among others, wrote about the Lungarni of Pisa.

Pisa is the city of Galileo Galilei, who gave his name to the most important International Airport, and whose fourth centennial since his first astronomical observations was celebrated in 2009.

The Pisan coastline is backed by the Nature Park of Migliarino San Rossore Massaciuccoli. In a stretch of coast of only a few kilometres, Marina di Pisa, Tirrenia and Calambrone offer three different types of seaside options.

The historic centre of Pisa is divided into north and south by the river Arno.

In the month of June, the four quarters of this historic centre live again their traditions in the Gioco del Ponte (Game of the Bridge), one of the most important historical displays of the city, to celebrate the patron saint of Pisa, San Ranieri. At dusk on the 16 June, for the whole night, the Lungarni of Pisa turn out their lights and place candles in the window frames of the buildings that overlook the Lungarni: it is the magical atmosphere of the Luminara, the Illuminations.

Pisa is a city of learning, research and universities with national and international class institutes: the Scuola Normale Superiore, in the striking Piazza dei Cavalieri and the Sant’Anna School of Advanced Studies, in the beautiful Piazza dei Martiri della Libertà, the National Research Council (CNR).

Pisa is an excellent hospital, it is leisure sailing, it is biomedical, it is pharmaceutical. In the coming years it will once again be a Port, as the tourist port works commence. In recent years, the city has been at the centre of important requalification works, such as the transfer of the Hospital to the eastern district of the city, the subsequent programmed restoration of the Hospital zone adjacent to Piazza dei Miracoli, the walkway above the wall, the Museum of Roman Ships.

Visitors to Pisa have the opportunity to live in a “people friendly” city, to live “slowly”, as is the case of the great number of young people who love to find themselves sitting on the “parapet” of the Arno, especially in the beautiful season.