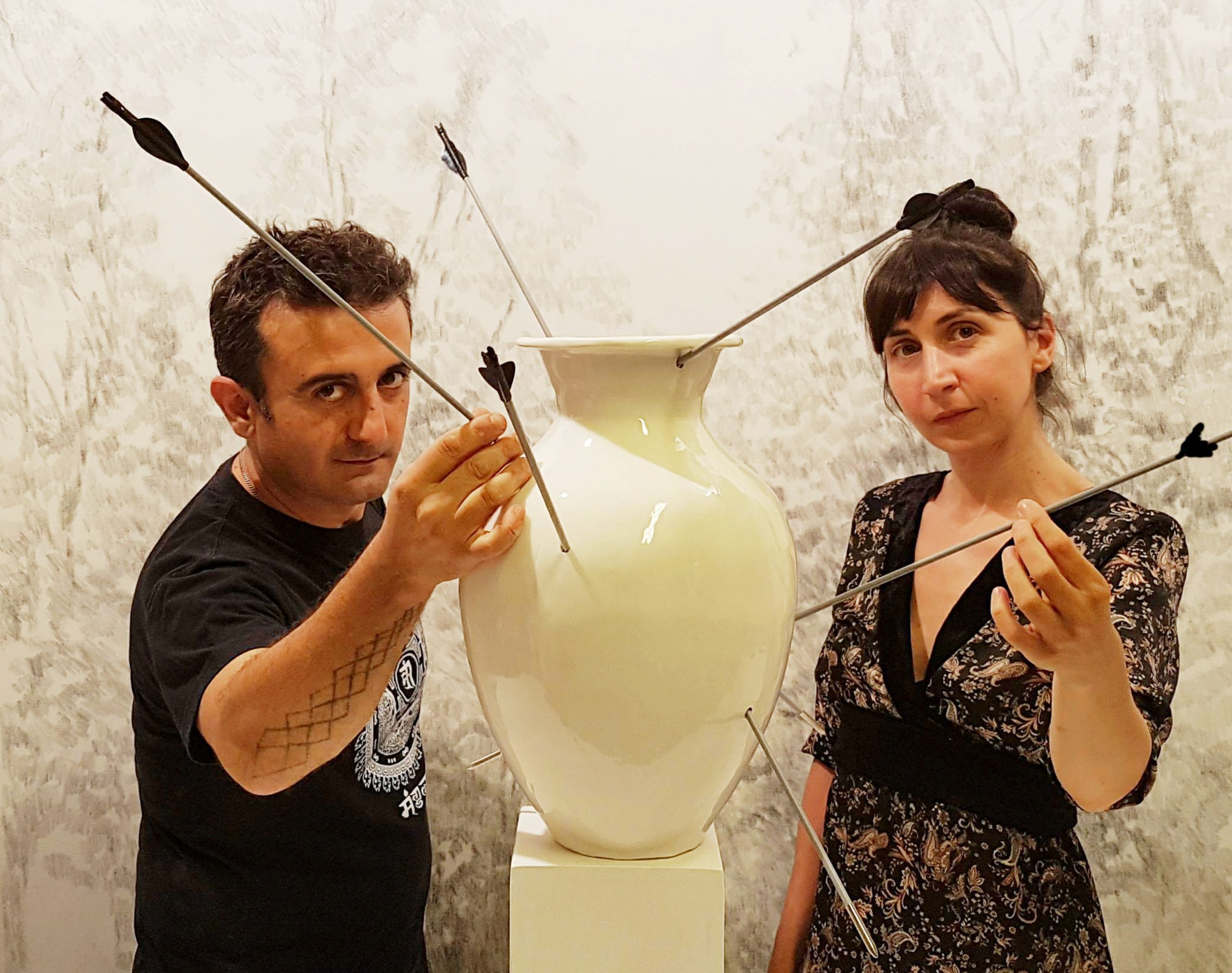 Studio17 is a place dedicated to contemporary, multidisciplinary art research in dialogue with antique techniques and materials belonging to the craft tradition. The atelier was founded in 2009 by Caterina Sbrana and Gabriele Mallegni, two artists who met and studied at the Academy of Fine Arts in Carrara.

The studio is dedicated to visual and plastic arts, to designing and to the production of art objects.The studio also includes a gypsoteque, a collection of plaster casts resulting from a long research and more than ten years of activity in molding and in the restoration of antique and old casts. Caterina and Gabriele combine different skills and sensitivities in a project of life and work that is unique of its kind: inside the atelier each of them carries out his own individual research in the field of visual and plastic arts, while together they work on commissions for individuals and institutions, they deal with the entire creative process of conceiving and making art and design objects, from concept and design, to prototypes, to final masterpiece. The two artists collaborate and showcase their work with galleries and institutions including: Palazzo Strozzi Foundation, Florence, Gipsoteca of Ancient Art of the University of Pisa, Museum, Marini Florence, Mall Galleries, London, International Museum of Ceramics of Montelupo, Florence.