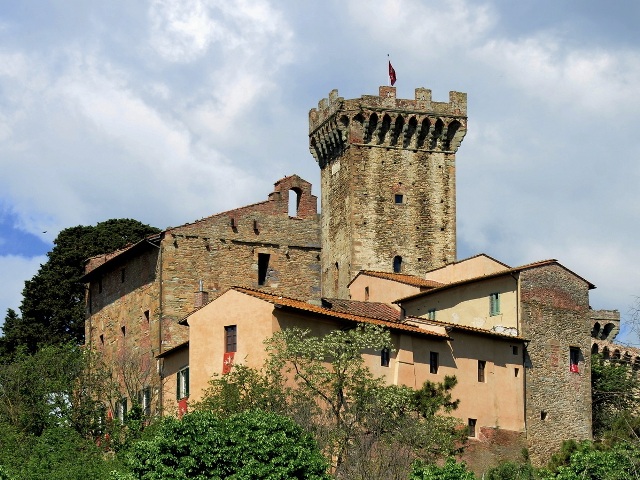 The medieval hamlet of Vicopisano is set in the environmental and natural setting of the Monti Pisani, onto which a large part of its territory stretches.

Vico held a decisive role as a frontier castle during the war between Pisa, Lucca and Florence as a result of its strategic positioning. In contrast to the other castles in the area, whose military defences were destroyed by the Florentines, its castle was fortified in 1440 by architect Filippo Brunelleschi.

Vicopisano has retained the look of a fortress hamlet and has a considerable medieval heritage, such as the twelve towers (11th to 15th century), two medieval buildings and the Rocca del Brunelleschi fortress, now opened to the public for guided visits once again.

To celebrate the Festa Medievale in the first weekend of September the town recalls its past with street shows and a dinner centred on ancient recipes. Throughout the year there are guided tours along a route that includes the Palazzo Pretorio, the Vicarage Prisons, the Historical Archives and the exhibition of the artefacts of the former Monastery of San Michele alla Verruca, close to where the imposing mass of the Fortezza della Verruca looms.

Uliveto Spa owes its notoriety to the prized water that has been valued since the late medieval period. Uliveto water has an unmistakable flavour and is rich in mineral salt to make it an ideal accompaniment for meals.